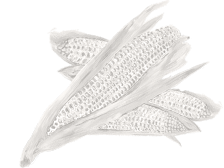 Alishan’s red barn is nestled in the foothills of Hidaka, Saitama. In 1987, Jack and Fay found this nature-rich area to be the perfect place to share difficult-to-find organic and vegetarian food that they had collected from around the world. Today, you can enjoy sumptuous healthy meals on the cafe’s deck which sits right next to the Koma River, leisurely shop for nourishing ingredients to prepare your own feasts at home, or take part in the our range of events throughout the year.

When we first started, there was no developed organic JAS certification in Japan or abroad, so we had to closely communicate with our suppliers and carefully select good products to import. While times have changed and organic certification has become more established and recognizable, our methods of maintaining close, trusting relationships with our suppliers hasn’t changed. In this way, we continue to deliver safe and high quality products to your family’s table.

Alishan products are 100% vegetarian. A no-meat or low-meat diet is ecologically and philosophically much better for our earth. For the past 30 years, we have been importing select vegetarian products that make it easier for you to prepare wholesome meals without meat or fish.

A healthy life is only possible within a healthy environment. This is why we at Alishan work to create a world where farmers can grow the finest crops in safe, toxic-free conditions, which in turn also benefit water and soil quality. By choosing organic, we choose to protect the health of our children for many generations to come. We enjoy watching our circle of passionate and like-minded people grow. It inspires us to continue working towards providing the best food for you and the planet.

Wanting good peanut butter has lead me to where I am today.

Our journey started 30 years ago. We had a simple desire to provide healthy food for our family: food not grown with chemicals and by farmers who got a fair deal. And each time we returned to Japan our suitcases would be bulging with organic food. Soon, word got out and our friends began asking us to bring back stuff for them. And thus our business was born. Research has proven what I have always believed: organic food is better for us and our loved ones, better for the farmers and soil, and better for the planet. Organic is truly a win-win-win proposition. Our food choices and purchases can have so much positive impact. It has been fun sharing this journey with you and I look forward to the next 30 years.

Jack and Fay meet while traveling

Jack studied Animal Sciences at school, and worked in a toxicology research laboratory where he experimented on animals. A heightened awareness of ethical concerns and a curiosity about the rest of the world prompted him to embark on a world adventure where he met fellow traveler, Fay.

Jack and Fay get into organic and vegetarian

Jack and Fay traveled until 1985 when a friend invited them to visit Hanno, Saitama, where they stayed and got involved in the business of exporting Japanese antiques to Europe and the US. At that time, it was difficult to find organic or vegetarian products in Japan so every time they came back to Japan, they packed their suitcases full of food which they shared with friends. This was the beginning of their organic and vegetarian importation business.

Jack and Fay created Tengu Natural Foods in 1987 to serve the growing circle of friends who wished to have easier access to organic and vegetarian food. Tengu continues to serve individual customers.

Alishan was created in 1988 to sell wholesale to stores and restaurants. As the company expanded Jack and Fay traveled around the world — from Africa to India, Europe to America — visiting suppliers.

Twelve years after the business started, the number of products and staff increased exponentially. In 2000, Jack and Fay with their carpenter friends built an American-style red barn.

In 2001, Alishan opened a cafe that sits on a deck overlooking the Koma River. The cafe hosts market days and other events that bring the local community together. Cooking, yoga, and other classes and workshops are also held at the cozy event space. 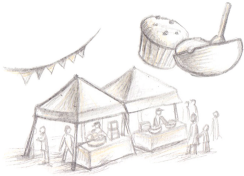 When Jack found his Mother’s original granola recipe in her own writing in one of her old cookbooks, he was inspired to craft “Mama’s Granola,” to recreate the goodness of homemade granola in small batches. This was the start of selling handmade Alishan Cafe products in stores.

The meaning behind the name Alishan

Alishan Organic Center is named after one of the most scenic spots in Asia: the Alishan mountain range and nature preserve in Taiwan. This is where Fay was born and where she grew up with breathtaking views of the sun rising from a sea of clouds. Alishan is one of Taiwan’s major landmarks and is famous for its outstanding quality high mountain tea and aiyu jelly.